eInvoicing: Efficiencies and Industry Impacts in and for the Region

eInvoicing Event in Melbourne on 31/10/18 a Great Success!

The team at ABSIA would like to express our gratitude to all those who spoke, sponsored and attended our Annual Conference. The event was a huge success and has been hailed as the best to date.

As the first eInvoicing Conference of its kind, ABSIA's Conference gave an invaluable opportunity for the industry and Governments to meet, network and socialise on a topic that is highly energised right now.

The Trans-Tasman eInvoicing Working Group participated in our Annual Conference along with representatives from the Singapore Government.


The ATO,  New South Wales, South  Australia and New Zealand Governments met with the Singapore Government's delegates to exchange philosophies, ideas and approaches to eInvoicing, within the context of potential regional trade programs. 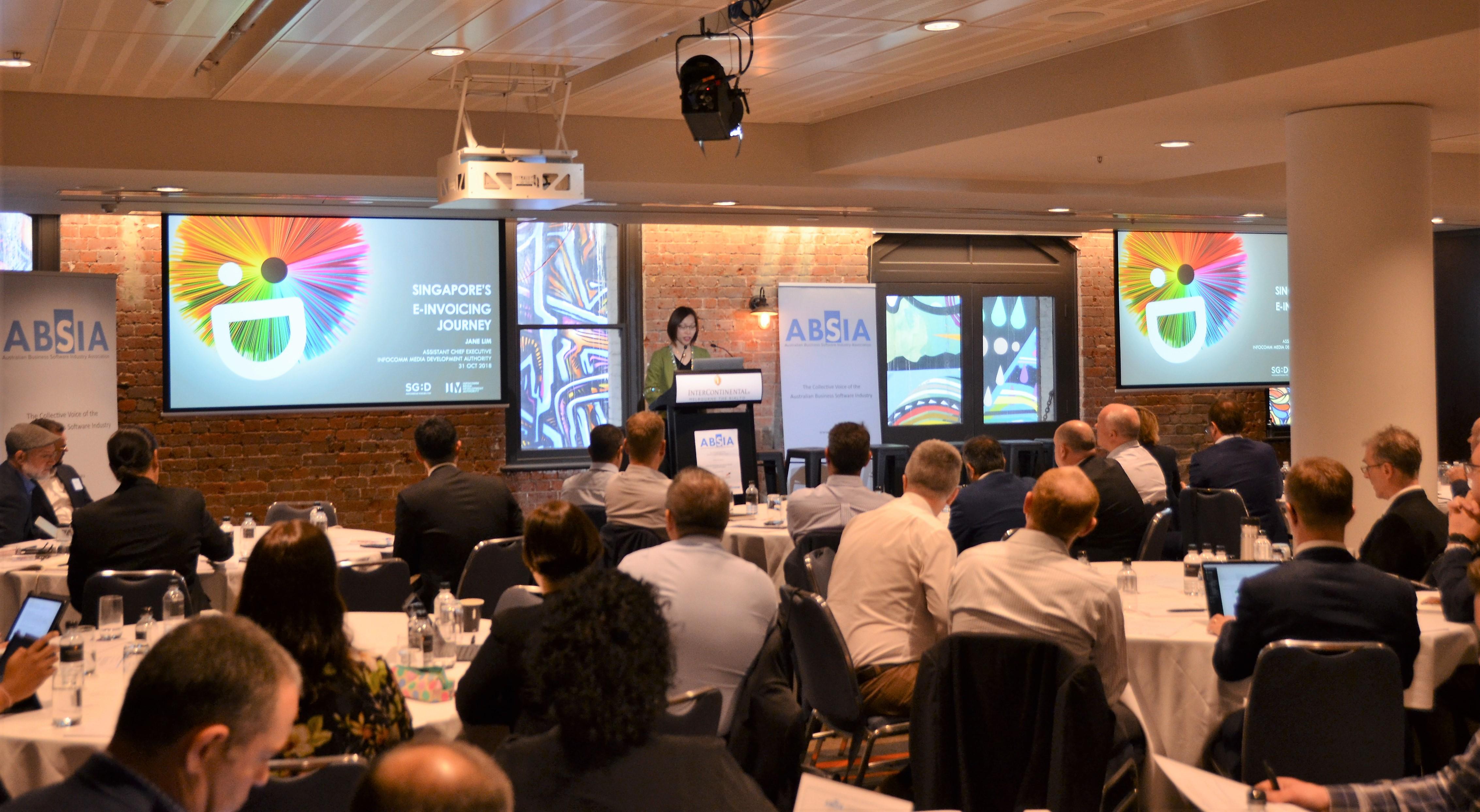 This year we were fortunate enough to have representation from both national and international Governments. Singapore, New Zealand, South Australia and New South Wale.

We also welcomed industry leaders and those already participating in eInvoicing to give their views on the benefits and challenges they are experiencing.

The greater conversations generated during the day made for a very successful event and attendees took full advantage of networking opportunities during breaks and post conference drinks with canapes.

This Conference provided a perfect opportunity to foster conversation, not only about eInvoicing, but furthering of Digital Procurement - we look forward to seeing how the governance of eInvoicing develops over the coming years.

Once again, the team at ABSIA wish to thank all those who helped to make this event the success that it was.

We look forward to hosting more relevant events in 2019.