For the first time, a ballot will be held by Electronic Proxy Voting.

The announcement of the ABSIA Board will be at the ABSIA Annual General Meeting on Tuesday 10th October at 3:00pm (AEST).

Nominees for the ABSIA Board

Deanne brings more than 25 years of payroll experience to her role on the board with a primary focus on the Single Touch Payroll (STP) initiative.

Deanne has extensive knowledge and experience in the SAP payroll functionality. Deanne’s clients have included large businesses from different market segments including retail, mining, education, financial institutions, primary industries, utility and service industries. Deanne’s role is to bridge the gap between business operations and the technical solution. Payroll is her passion.

Deanne is re-nominating as her 2 year term as ABSIA director expires. In her time as director, Deanne has led the Payroll Special Interest Group and is the primary liaison with ATO for the Single Touch Payroll initiative. The level and style of engagement, both with members and with ATO, has advanced the design for STP - for the benefit of the entire industry, and attracted new members to ABSIA. Her strong advocacy on behalf of our payroll members has resulted in more detailed design and assistance for DSPs to understand how to navigate the STP requirements. Deanne also represented our members earlier this year at the Senate Economics Inquiry into non-payment of Superannuation Guarantee, highlighting how our industry plays a vital role in supporting businesses to comply. Deanne has also expanded ABSIA's engagement with members and government partners through ABSIA's online collaboration forum: openly sharing her STP knowledge and ideas.

Deanne's primary reason for re-nomination is to continue to build the advocacy momentum on behalf of members and industry for Single Touch Payroll. 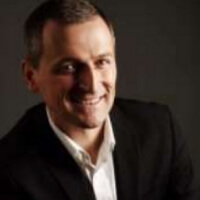 Chris brings over 31 years of experience in delivering technology solutions ranging from infrastructure and operations, application development and integration, enterprise architecture, program and project delivery and has been accountable for the end-to-end delivery of technology solutions that support business outcomes.

Chris joined ADP in November 2016. He is a member of the local executive leadership team and has direct accountability for business and technology leadership including infrastructure, print and data centre operations, business project delivery and customer support.

Prior to ADP, Chris held roles with: 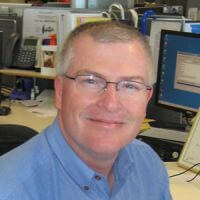 Mike joined ABSIA in 2014 and has attended the majority of the conferences since inception. In June 2015 Mike encouraged MYOB to become a Platinum Member of the Association. Mike has held a Director’s position in ABSIA since 2015 as well as the Company Secretary role. During this time, he has represented the Tax Agent software industry in a number of forums.

Mike has been working in the Software industry for over 34 years in a number of disciplines. The last 17 years has been spent with MYOB, Solution 6 and Xlon. Most of this time has been devoted to the Accountants Tax Return preparation, management and lodgment systems, more recently being involved in payroll, Business Management Software and the use of SBR across the product Suite.

Since working with MYOB Mike has built up a good repour with members of the ATO, BRR and other people in the industry. Now working closely with the ELS to SBR (eCommerce) project team and the Future Partnership with the ATO program. Mike is also a member of the Single Touch Payroll Advisory Group and has devoted many hours to help guide is program working towards a solution that would be acceptable for all parties. 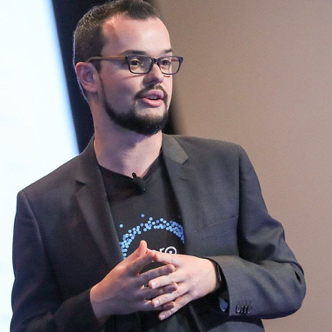 Matthew Prouse has been working in the accounting and business technology space for the past 12.5 years. A graduate of Murdoch Business School, Matthew spent 8 years in public practice in Western Australia before joining Xero in 2013 and moving to Melbourne.

For the past few years, Matthew has worked very closely with Xero’s Australian and Global leadership teams in a variety of capacities. Matthew has extensive experience working with national accounting firms, financial planning dealer groups and key government and industry stakeholders.

Matthew was instrumental in the release of Xero Tax in Australia and the global release of the Xero practice platform - Xero HQ. Matthew is currently responsible for regional product prioritisation and AU partner product strategy in the tax agent and B2G space for Xero.

In recent months, Matthew has been central to Xero’s efforts to support ABSIA and the Data Coalition to bring an SBR like framework to the United States. Matthew has recently presented to the US Congress and the White House Office of Management of the Budget and continues to actively support the Data Coalition and Xero’s efforts to simplify B2G and B2B compliance in the United States.

Matthew brings significant not-for-profit experience and has previously served multiple terms on the management or executive committees of numerous organisations including: the WA Circus School, CircusWA, the Australia Council funded Spare Parts Puppet Theatre (Financial, Risk & Audit Committee); and the board of management of the Joondalup Art Gallery.

An accomplished presenter, keynote speaker and panellist, Matthew brings a wide range of technical and business skills to the ABSIA board and is excited by the massive opportunity to grow the ABSIA membership and represent the thriving ecosystem of independent business software developers and the professional industries they support. 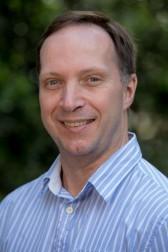 Ian Gibson is the Chief Information Officer for SuperChoice Services Pty Limited, a market leader in cloud-based superannuation management and clearinghouse software, where he has been transforming the technology business.

Ian has held several senior executive and CIO roles, co-founded a boutique consulting firm and worked with several technology start-ups. He was also a Partner in Accenture’s Strategy practice where he focused on business and IT-enabled strategy and organisational change.

In terms of Board experience, Ian is currently Chairman of the Gateway Operators’ association, GATE, and a Non-executive director of the Gateway Network Governance body (GNGB). In both case, Ian played a key role in establishing these bodies. He is also a Fellow of the Australian Institute of Company Directors and has twice been a Company Secretary.

Ian has more recently been an active member of the ABSIA Technical Advisory Committee.

Ian’s focus with ABSIA is ensuring that the software development industry has a strong voice within Government and in particular, in the technical direction taken by the ATO. He is passionate about ensuring the ATO understands is critical role as a service provider to industry and recognises the consequences of its decisions on Australian software developers. 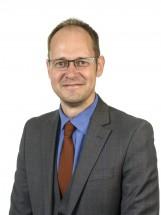 Justin is the Managing Director of MXA Consulting, a company he established in 2011 to help the government improve its return from ICT investment by aligning better to the real needs of the users of government services.

Justin is passionate about helping the government get the best return on the huge investment that it makes in ICT-enabled initiatives every year.  With a background in IT strategy, enterprise architecture, and design thinking, he has directed strategic consulting engagements with most of the top-50 largest Commonwealth government agencies in the last 4 years, including the DTA, ATO, DIIS, DHS, DIBP and Defence. Justin has been involved with many of the ATO’s large programs including SBR, Super Stream and ELS to SBR.

Justin is an active member of the AIIA in Canberra, and stays in close contact with CIOs and thought leaders. His company, MXA, is the strategic representative of Intuit in Australia, the world’s leading personal finance software company.