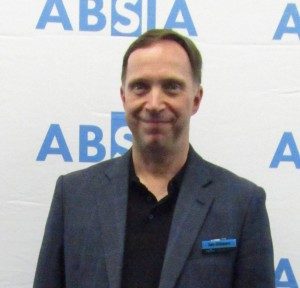 Position on Board: Non-Executive Director

Brief Background:
Ian has over 35 years' experience in business and information technology roles as chair, director, business and IT executive and strategy consulting partner.

He was a Partner with Accenture, an international consulting firm, where he focused on business and IT-enabled strategy and organisational design. He worked with senior executives and directors from some of the largest organisations in the world and across countries including Hong Kong, Indonesia, Japan and the USA. He has also held several senior executives and Chief Information Officer roles.

Ian has a BSc degree in Computer Science and Mathematics and a Masters in Business Administration. He is also a Fellow of the Australian Institute of Company Directors.

Who do you work for and what do you do in that role?
I currently operate my own company focusing on providing strategic advice. It's great as it allows me to get involved in interesting projects and initiatives, working with some great people, but without the constraints of a corporate environment. And importantly it gives me time to focus on promoting DSPANZ and helping its members!

How did you get involved with DSPANZ?
My employer at the time, SuperChoice Services Pty Limited, was a member of DSPANZ. I knew a couple of the people involved (i.e. David Field and Karen Lay-Brew) and they encouraged me to get involved. Karen in particular encouraged me to stand for election as a non-executive director.

What keeps you busy outside of your day job and DSPANZ?
I'm training for a mountain climbing expedition in Africa so I spend six days a week doing specialised training and general fitness. I'm planning to climb the Ruwenzori Mountains which is a mountain range between Uganda and the Democratic Republic of Congo. I want to climb at least the highest peak on all six mountains in the range which, according to my research, hasn't been done since 1975. We had originally planned to go in July 2020, then June 2021, but have had to postpone again. Hopefully July next year. The upside is I have more time to prepare!

Outside of training, I always find things to be interested in. I like staying in touch with my family and friends; reading, so I collect books; and I have what I consider to be a far-too-small wine collection, although my wife would disagree! I also worked in Japan and got interested in sake, so about 2 years ago I did a training course to become a Certified Saké Professional!

What is the best career advice that you wish to share with others?
When I was in my late 20s, I met the owner of a company called DataPoint, who at the time were the main competitor to Wang in office automation. He had his own stock broking firm with an in-house chef which was unheard of in those days. I visited him at home, he lived on an entire floor in an apartment building opposite Central Park in New York, had a butler, a drive, the works! I asked him why he had been so successful and he said he had started out in broking and was pretty good at it, so he thought he may as well make the money for himself. "There are better brokers out there," he said, "but I was willing to give it a go." The different between people who could be successful and those that are, is often just being willing to give it a go. I've never forgotten that advice and I've often followed it!

What excites you about working in the software industry?
Human interaction - I enjoy interacting with people, so like many people I'm missing that at the moment. I also enjoy the variety of roles that I have had and the intellectual challenge of never knowing what you'll face on any given day.

I made partner during my time at Accenture and I really enjoyed the collegiate nature of the partnership model. When you join a partnership, it's like the fellow partners are entrusting you with their livelihoods. When you spend money, you're taking it out of your colleague's pocket - they're trusting you to take their wallet and make it bigger. It's a vastly different level of responsibility and trust.

What is the one piece of technology that you wish existed?
In the last few years I've focused a lot of time and attention on cyber security especially for SMEs. One thing that would be great to have is a pervasive voice authentication capability. I believe it's the simplest fix for preventing a lot of the cybercrime we experience right now. The number one cause of online vulnerability is password and ID authentication as the ATO already has over 4.2 million voiceprints! It is the single simplest thing we could do to improve cyber resilience. New Zealand is a trailblazer - over 70% of adult New Zealanders have had their voice authenticated with the IRD (New Zealand's equivalent of the ATO)/

What is a book, movie, tv show or podcast that you would recommend?
I collect autographed mountaineering books and books about the last Russian royal family, the Romanoff's. So, my book recommendations aren't likely to have a broad appeal!

There is one book that I recently read that I really liked, "Quietly Powerful" by Megumi Miki. It's about how the world is designed for extroverts, but introverts obviously have a lot to offer, and how the two types can understand each other and work together better.

If I had to recommend a movie, it would either be the Blues Brothers or The Terminal.

For a TV show, it would definitely be Yes Minister / Yes Prime Minister - I never get tired of watching it or laughing at its jokes!

If you could live anywhere in the world, where would it be?
London. I've always wanted to live there. It's so central, it has such a mixture of history, cultures and influences, and it's a great location to use as a base to see Europe (notwithstanding the impact of Brexit!)

And finally, if you could only eat one food for the rest of you live, what would it be?
Pasta because there's lots of variety and it goes well with red wine!

Funny but I've actually met an Irishman who had potatoes for every meal including breakfast! So maybe it's not quite as theoretical a question as many people might think.

Get involved in the discussion!
Post your comments and have your say!

Browse through DPSANZ Members and learn more
about them here.